We are collectives, individuals, gay, lesbians, trans*, migrants fighting against policies that make our lives more and more precarious every day. We fight against reforms claiming to sort our desires and our existences.
This year the official Milan Pride organizers tried to reach more visibility trough Expo 2015. So as collectives and feminist and lgbtiq people we decided to organize our demonstration day: NoExpo Pride.

In December 2014 we met in Milan and in Rome in March 2015, too. We participated at 1st May May Day with our lesbian, feminist and gay critic to Expo 2015 project.
Expo2015 is built on exploitation of underpaid, precarious and voluntary work. The new exploitation model shored up by Expo 2015 is going to be the rule after the six months of the exposition. Expo is a concrete giant despoiling whole extra-urban  areas. It is a footbridge for corporations, industries and imperialistic and neo-colonialist States that propose an exploiting model destroying land and existences.
We can think to the importance of sponsors such as Monsanto, Cooca-Cola, Nestle e Mc Donald’s . Ecologism and mere solidarity to gltqi people are not enough to forget that in Israeli pavilion they exibit Israeli “excellences” in agriculture and water managing not talking about apartheid regime against Palestinian population.

Expo becomes a shop window for pinkwashing and omonationalism of USA that are organizing a gay party in front of their pavilion in defence of rights the 20th June to hide their imperialistic policies.
So Expo becomes a window for Israeli propaganda and pinkwashing hiding his atrocities under the façade of gay touristic paradise.

This all happens in Milan, a city transformed by venture projects and huge over-building for the big event. These cubic metres of concrete needed evictions, demolitions and expulsions from Expo neighbourhoods for who were not “acceptable” and “attractive” such as Romani, migrants, sex workers and homeless people. At the same time some of these people are functional to Expo economic machine. Migrants work without contracts risking to loose their lives in constructions and sex workers satisfy a huge part of tourism in Milan.

An example is the city centre “washing away ” action from micro-criminality  as in Via Sammartini using securitarian and control policies and painting them in rainbow. Cameras, traffic stop, permanent militarization are meant to make Expo homosexual tourism find a protect ghetto in this street to spend money in .

The declared intent is to increase homosexual tourism numbers. This “pink” market has a male gay, white, western, bourgeois commercial target. It doesn’t talk to the most part of lgbtiq people living a daily oppression, marginalization and expulsion from the labour market not being part of the acceptable frivolous fashionable spender gays.

Giuseppe Sala’s signature (administrative director of Expo) on the Rights Paper of Unaar is functional to all of these even if many people thought about it as a conquer. It means incorporating, commodifying, normalizing the potentially revolutionary power of our bodies, desires and fights as lgbitq people and bringing it under profit and oppression logical.

Even more Expo 2015 uses the ever-present rhetoric about woman role.

“Feeding the planet, Energy for life” is Expo slogan.  Who can cover this role if not The Woman?

Women for Expo is the “female quota” proposing a woman image trough advertising campaigns. She can find her proper place in Expo as entrepreneur, with specific projects but most of all as mother “naturally” devoted to take care, lull and “feed the planet”.

This media campaign is meant to impose two models as positive and exemplar of an effective and realized women emancipation. The mother of life and of Earth, naturally disposed to sharing altruism and feeding or the entrepreneur woman, whose emancipation depends from his macho attitude.

The women request of centrality and participation is exploited to banish us in culturally imposed roles again. It is obligatory heterosexuality, family, cure, pregnancy and domestic role where we know that 90% of male violence against women happens.

Expo is a project that normalizes woman condition of oppression as if it was something to accept or exalt, too.

Expo rhetoric about women and lgbtiq people justifies itself hiding the economical model of exploitation behind the sparkling façade. On the other hand it makes invisible the real condition of these people because of economical crises and public sector cuts which have brought health and other services to their limits.

Doing so, contradictions and hypocrisies of Expo and its model emerge. It exalts women importance when the major part of them can’t have free access to any health services because health counselings are being  dismantled by cuts and gynaecological departments are being closed or abandoned, full of conchys who have the 80% of public positions preventing the implementation of 194 law. On the other hand, it creates a gay friendly city in a State that does not recognize the multiple forms of relationships and intimacy we build, over traditional family. A State where every month there is a place in the streets for Sentinelle in Piedi, lobbies and catholic and fascist groups hiding behind the freedom of speech and bringing ideas of intolerance, violence and homo lesbo transphobia. These groups directly attack public school with the bugbear of “gender theory” that for us is self-determination, collective ways of liberation and fabulousness.

We decided to take the streets on the 20th of June with NoExpo Pride bringing our multiple and different identities, the ones that the (v)etero capitalistic system marginalizes, the ones that are not combined with Expo. We let down homo-normed respectability and invade the streets of Milan. Because we are not willing to be reclosed in ghettos of gay friendly consume. We are not willing to suffer from patologization and medicalization of our bodies because we are not responding to the norm that wants us in the gender binaries e makes us acceptable.

Our bodies excess and so they are fabulous! We want to create a city where streets are free because of people who daily cross them, because of solidarity and relationships they built and not cameras or militarization . A city where our desires can be realized in the spaces we live and we free every day from racism and homo lesbo trasn phobia.

So we want to start again where everything’s began. From Stonewall, with the fight and fabulousness that ever marked us, proud as the gays, lesbians and transvestites that fought against the violence and police abuses.

We want a gay city, not a gay window for Expo!

Our desiders are ungovernable, our lives not for sell! 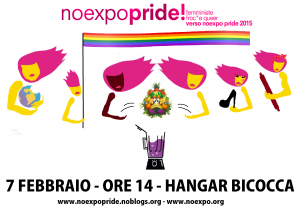 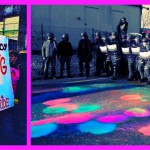 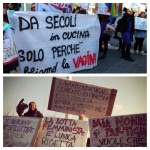 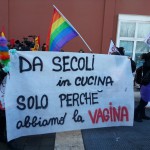 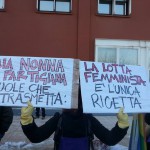 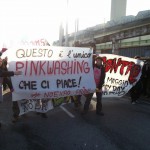 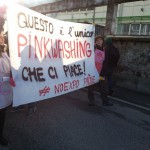 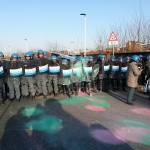 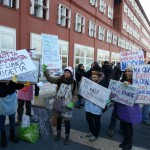 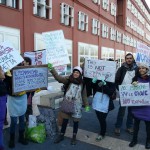 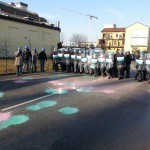 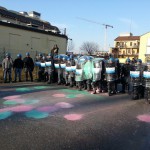